Someone has to make the family mac and cheese. I was worried it couldn’t be me. 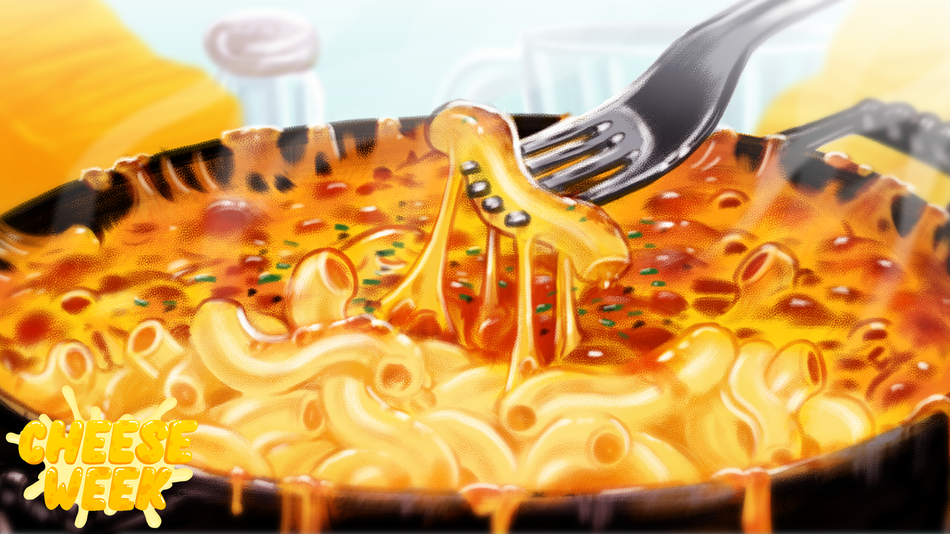 Black people don’t mess around when it comes to macaroni and cheese. The great African-American culinary tradition demands excellence in all aspects of its existence. Bad macaroni — dry, crunchy, lacking smoothness and squelch — is an abomination, a stain on the institution of soul food. Good macaroni is a point of pride. Many mac and cheese recipes, like the one in my family, are passed down from grandmothers who created the standard upon which all iterations of the dish are compared, and the person responsible for keeping that recipe alive is someone I call the Keeper of the Mac.

My grandma’s mac and cheese slaps. It is the ultimate Black Grandma Mac and Cheese. I’ve had it straight from the source on a few memorable occasions but more often I ate my mother’s version, meticulously copied from her mother-in-law’s legendary recipe. I don’t know when my Puerto Rican mom interrogated Grandma for the specifics of her macaroni and cheese, but I know how precisely she wrote them down on one yellow page in the recipe book she’s kept since before I was born. I could always tell from the outline of that page, with each measurement and temperature laid out in Mom’s impossibly perfect cursive, that she took her responsibility as Keeper of the Mac seriously. It’s one of my dad’s favorite dishes. It must have felt so important to her that she got it right.

I was a fiend for that mac and cheese when I was little. More precisely, I was a pint-sized mac and cheese snob. The platonic ideal of macaroni and cheese was How Mom Makes It, and I suffered countless disappointments upon sampling other, lesser preparations at friends’ houses and restaurants. I could feel the mac and cheese’s presence before it was even made, noticing the telltale stack of shredded cheddar in the fridge or the cardboard tube of breadcrumbs retrieved from a hard-to-reach cabinet before Mom even started cooking the pasta. The signs of the mac were clear, and I lurked in the kitchen like a cheese-crazed stalker while I waited for it to come out of the oven.

SEE ALSO: Don’t do this: 10 of the worst crimes against mac and cheese

As I got older and more trustworthy, those kitchen-lurking moments transformed into kitchen-helping moments, which turned into part-time sous chef responsibilities. By the time I was coming home from college for major holidays, I was a partner in the Thanksgiving/Christmas (standard mac and cheese days) meal-making business. I snapped many a green bean, boiled hamhocks, mixed salty rubs to smoosh over gorgeous, bloody cuts of prime rib. I did it all — except the mac and cheese. I’d shred some cheddar if asked, maybe pour the roux over the pasta if I was feeling myself, but the mystery of the mac was something I only trusted in my mother’s chosen hands.

My time came three or four Thanksgivings ago; the memory is traumatizing and therefore hazy. Mom and I had planned a menu out, but the chaos of the day-of kitchen duties landed me with the task of making the mac and cheese by myself. The recipe book could not have been more clear — shredded cheddar, both sharp and mild — but I cut corners and chopped a block of cheddar into cubes. We had gouda in the fridge, and I added some of that in as well. The butter in the bottom of the pot nearly burned while I struggled to crack open the two necessary cans of condensed milk, and the result was … really crappy mac and cheese.

My mac and cheese looked like it wanted to speak to your manager. It had just ordered a gender reveal cake with “Touchdowns or Tutus?” spelled out in frosting.

The cubes were too big to melt completely and the gouda made everything dry. A cross-section revealed chunks of unmelted cheddar floating amongst the pasta like baby carrots suspended in some horrible old-timey gelatin mold. Everyone was painfully nice about it, even my dad who subsists on mac and cheese leftovers for a solid week every time we have it, but I could see the disappointment in my family’s eyes and on their forks.

I imagined a picture of my mac and cheese somehow making it onto the internet, where Black Twitter would be right to roast me over my dumpster fire of an attempt. “This is why you ask who made the mac and cheese before you put some on your plate,” one tweet might read, or maybe “which white woman did this I just wanna talk.” My mac and cheese looked like it wanted to speak to your manager. It had just ordered a gender reveal cake with “Touchdowns or Tutus?” spelled out in frosting. I had failed my heritage, failed the yellow page, and failed my mom’s tradition of Keeping the Mac.

It was another few years before I trusted myself to try again, or maybe I selfishly wanted a couple more Thanksgivings with guaranteed perfect macaroni and cheese before I stepped up. I regressed, mac and cheese–wise, shirking my inevitable duty in favor of remaining that child for whom the mac appeared as if by magic. Nobody can stay a child forever though, and somebody has to keep the mac. Last year, I tried again.

And I messed it right up. I misjudged when to put the flour in and wound up with a goopy pancake flopping around the bottom of the pot. Was I upset? Absolutely. Did I panic? Hell yeah. But my mother, who had been watching my second attempt, remained calm.

By the same magic that produced the completed mac and cheese every year of my life, my mom revealed backup bags of shredded cheddar and two more cans of condensed milk. She took the flour back out of the pantry and helped me strain my milky pancake out into the garbage. “Put the heat lower,” the Keeper of the Mac advised her reluctant apprentice, “and stir while you pour the flour in. You’ll get it.”

Reader, I got it. The roux was smooth and when I stirred it into the pasta it squelched. My breadcrumb cover was even and the paprika sprinkle on top straight up belonged in the MoMa. When this macaroni and cheese came out of the oven it smelled right, the way it did when I was little, and it scooped out all creamy like Mom’s, and like Grandma’s. I’m for sure making it again this year (with my mom keeping an eye on me, just in case), and will continue to make it in years to come. My family’s mac and cheese will live on, with me as its Keeper.

The Morning After: Get the Mac Pro ‘cheese grater’ look for your Windows PC