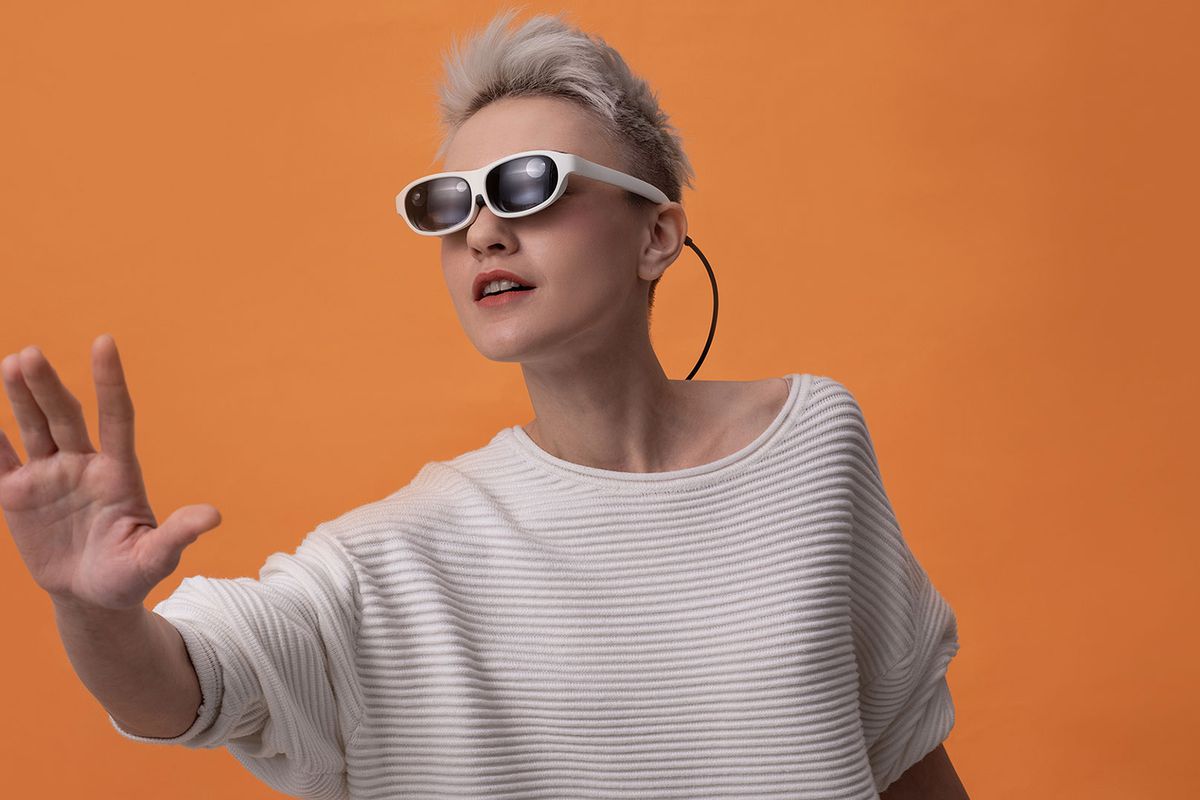 Major augmented reality hardware startup Magic Leap has sued competitor Nreal — which was founded by a former Magic Leap employee — for allegedly ripping off its technology and design. In a lawsuit filed yesterday, Magic Leap accuses Nreal founder Chi Xu of “blatant copying” and an attempt to “free ride on Magic Leap’s business, image, and confidential information” with its upcoming Nreal Light glasses.

Xu worked at Magic Leap for roughly a year between the summers of 2015 and 2016. Magic Leap alleges that Xu used this time to snoop on confidential research and development while “neglect[ing] his work duties” at the company. After leaving, he returned to China and founded Nreal, which demonstrated its Nreal Light glasses at CES in early 2019 — and plans to start shipping them later this year.

Magic Leap claims that the Nreal Light “bears a striking similarity to the confidential designs that Magic Leap had under development before and during the time that Mr. Xu worked at Magic Leap, but which were not ultimately commercialized or publicly released.” It also cites an April 2019 interview with Mixed Reality TV in which Xu described being exposed to spatial computing through Magic Leap and stated that he “learned a lot from the people, from the whole company, and their vision as well.”

Nreal didn’t immediately respond to a request for comment on the allegations. Magic Leap does correctly note that Nreal has made a surprisingly strong product for a young company — the Light glasses thoroughly impressed us at CES. And Nreal’s glasses do share some major similarities with Magic Leap, including a power pack that offloads a lot of electronics from the glasses’ frames. (Nreal later announced that you could plug the glasses into a phone as well.)

Obviously, that doesn’t prove Nreal lifted the design from Magic Leap. The Light glasses look very different from Magic Leap’s current product, and Magic Leap is likely to seal evidence that might let us directly compare Nreal’s glasses to its own unreleased hardware.

Magic Leap is also making a broader argument that Nreal is copying its aesthetic. It points to both companies’ use of a very similar font in their names, although they use substantially different color schemes. It also notes Nreal’s “shameless use of whales” in its demos — which admittedly sounds a bit silly, but makes more sense if you remember Magic Leap’s extremely prominent early whale imagery.

Magic Leap has been embroiled in a surprising number of lawsuits, including an extortion case, a sex discrimination case, and a different trade secrets fight. These haven’t had clear implications for a competing product, though. Nreal’s glasses have been promoted by Qualcomm, and they’re supposed to be on the cusp of a release. If Magic Leap demands substantial financial damages or an injunction on selling the headsets, that could throw a wrench in those plans.

Engineering Design Tools: A Look Back